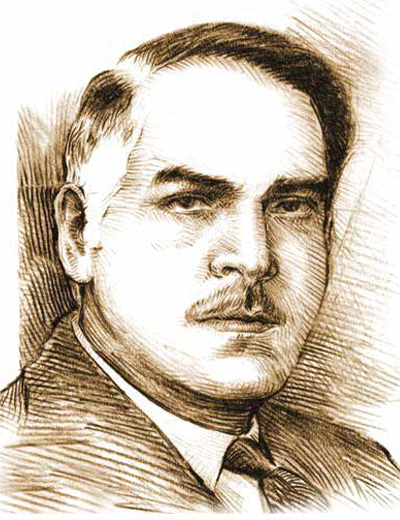 During his career as a soldier, he rose swiftly through the ranks to become the Chief of Staff of the Pakistan Army at the young age of 45. He was mentioned in dispatches for gallantry in the Second World War and was later awarded Sitara-e-Pakistan and the American Legion of Merit.

He retired from the Pakistan Army in December 1959 at the young age of 46 but instead of resting on his laurels, he soon embarked upon a new career as an industrialist, which was to bring him even greater fame and respect.


The business empire of General Habibullah was built on the above-mentioned core values and with his innate knack of identifying sick units and expertly reviving them he made his Group emerge as one of the fastest growing industrial conglomerates of Pakistan.

A man of vision, General Habibullah developed an informed insight into Pakistan's economy and was blessed with the Midas touch, essential for successful entrepreneurship. He is also credited with introducing the trend of professional management which was subsequently emulated by other Pakistani business houses. He believed that Human Resource is the most important and lasting asset of any business.

Philanthropy: The Love of Giving Back


In addition to being a gifted entrepreneur, General Habibullah was also a great philanthropist who believed in generously giving back to his country - his expertise, experience and financial resources. It was in that spirit that he founded the Waqf-e-Kuli Khan (WKK) in memory of his late father. WKK promotes education and is a fine example of Corporate Social Responsibility which has benefitted thousands of deserving students.

The General was also a well-known animal lover, who established The Pakistan Wildlife Conservation Foundation (PWCF) for supporting wildlife in Pakistan.

General Habibullah passed away on December 23, 1994 leaving behind a legacy of dynamic leadership, brilliant foresight and exceptional business acumen.


Ghandhara Nissan Limited (the Company) was incorporated on August 8, 1981 in Pakistan as a private limited company and subsequently converted into a public limited company on May 24,1992.The Company is a subsidiary of Bibojee Services (Private) Limited.

The registered office of the Company is situated at F-3, Hub Chowki Road, S.I.T.E., Karachi. Its manufacturing facilities are located at Port Qasim, Karachi and regional offices in Lahore and Rawalpindi.The Company's shares are listed on Pakistan Stock Exchange Limited.
The principal business of the Company is assembly / progressive manufacturing of vehicles including  JAC Trucks, import and sale of Nissan,Dongfeng and Renault vehicles in Completely Built-up condition and assembly of other vehicles under contract agreement.

The company is committed to achieve high quality products, customers’ satisfaction, market leadership, contribution in the economic growth of Pakistan and comply with all regulatory and other requirements for making the environment user friendly.